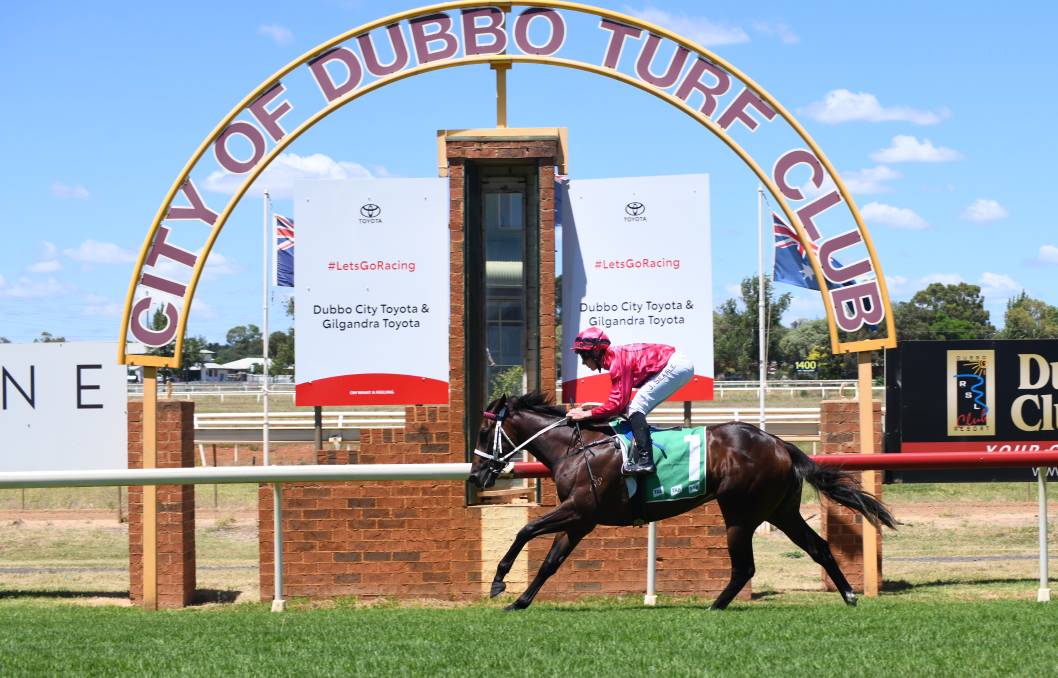 He might have only beaten home four other horses but Last Bid Liam marked himself one to watch at Dubbo Turf Club on Sunday.

Scratchings prior to race day meant a field of just six was locked in for the opening event of Sunday's meeting.

Given most in the field were having their first start in a race there were a number of skittish horses in the yard and there was more drama when they got into the gates.

Fashion Legend, the short-price favourite from the Scone stables of William Freedman, reared a couple of times in the barrier and was eventually a late scratching.

But the distractions mattered little to Last Bid Liam ($4), who shot clear from gate four and led all the way in an eye-catching showing.

Apprentice jockey Jackson Searle went on to cruise past the winning post more than a length-and-a-half ahead of the fast-finishing La Vesuvias (Ashley Morgan, $3.70 favourite) while Call Me Louis (Shane Arnold, $31, also trained by Davis, was third.

Last Bid Liam may not have jumped favourite but he was the most experienced horse in the field, having had three starts prior to Sunday.

He ran third and fourth in two starts in his first preparation before returning from a nine-week let-up with a fourth at Scone prior to Sunday's event.

"He was a bit underdone going into that (Scone) race. It didn't really go to plan and we wanted to take a sit on him but he's his own worst enemy and went a bit too hard, too early."

Searle next has five rides at Scone Race Club on Monday.

One of those will be on Dalavin, a gelding which will be first-up from a spell for Dubbo trainer Brett Robb.