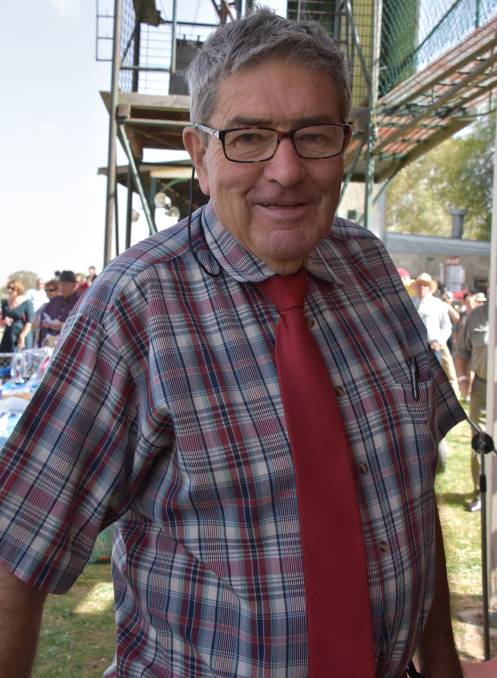 Troy McCarney who works as a barrier attendant at central west race meetings was seen in a different role at Dubbo on Friday as the trainer of long shot winner Texas Lil.

Starting as the rank outsider at $151, Texas Lil ridden by Dubbo based apprentice Angela Cooper came from midfield with a big run down the outside to win by over a length from Sparky Girl ( Mathew Palmer,$9.50 ) and the $3.30 favourite Empowerment (Mathew Cahill).

Angela Cooper who is apprenticed to her father Dubbo trainer Myron Cooper has now ridden 11 winners, while for Narromine based trainer, Troy McCarney the five year old mare Texas Lil gives him his second win. The previous winner being Sophie’s Choice in a Maiden Handicap at Bourke Picnics in 2019 and therein lies an interesting tale.

Nearing the finish of the racing career of Sophie’s Choice, a four years younger half brother, then unknown to central west racegoers , appeared on the scene and started winning races in Queensland.

That particular galloper was Alligator Blood, now the winner of 9 races from 15 starts including the Group 1 Australian Guineas carrying prizemoney of 1 million dollars.

As the reputation of Alligator Blood continued to escalate, Troy McCarney a part time trainer and shearer started fielding a stream of offers from studs to buy the half sister.

Instead, McCarney chose to keep the mare and Sophie’s Choice now has a rising yearling by Great Choice which stands at stud for Gulgong trainer Brett Thompson.