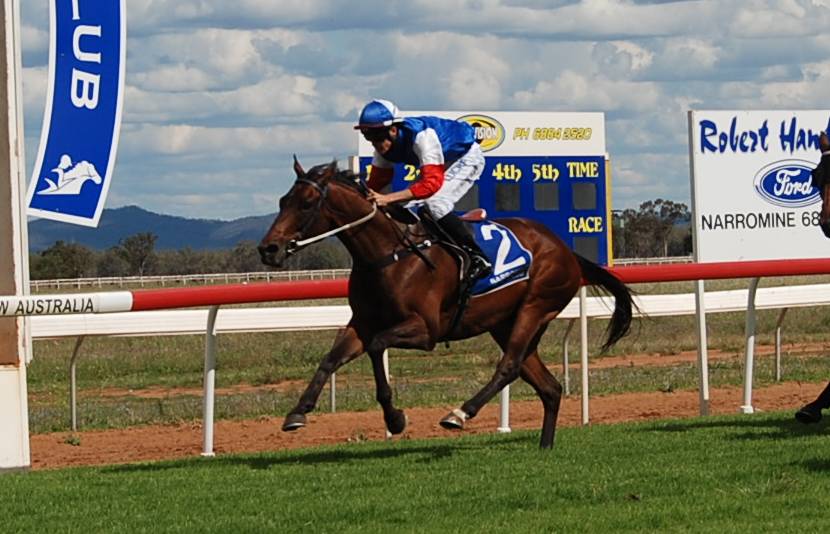 Next out of the gates is one of the region's favourite veterans, A Magic Zariz, trained by Brett Robb.

True to his nickname (snow) Brett Robb has been blanketing the podium since his trip down the highway to base out of Dubbo and this horse has been a big part of that stable-form with 2 wins and 4 seconds in his last 7 starts.

His last win was an eye-catching salute in the Goree Cup at Mudgee (replay below) where he put away some short-odds opponents and looked to have more to give. Since then he has gone back in-trip running a very competitive 2nd in the Coonamble Cannonball over 1100m, beating home Bold and Wild who has solid metropolitan form and recently ran 3rd in a Highway at Rosehill.

When asked about A Magic Zariz, Snow has nothing but praise for the experienced campaigner.

“I know he’s 9 years old but if you ask me I think he is in career-best form at the moment… he is jumping out of his skin”.

“I’ll take him to the city in 2-3 weeks and see how he goes over 1200 up there and hopefully that puts him in a position to get selected for a slot”.

The Kosciusko is definitely the target for Robb Racing and with the drop in weights, the horses ability to win anywhere from 1100-1400 and his recent form we’re excited to see what this seasoned warrior can do in the big dance.

Get your Kosciusko tickets here: https://bit.ly/DTCKos and if you’re lucky enough to draw the winning ticket remember to think local when selecting your galloper.